A couple miles outside of Kaleva is the micro-hamlet of Marilla. The focal point of Marilla had to be Jack McDonald's store, which had absolutely everything! It was as if Jack and Adeline had the inventory of a supercenter in a building, well, the size of this. This is actually the second Jack's Store, as the first one burned down when I was younger. As the sign indicates, this was the place to get Oshkosh adult cloths, back when there was such a thing. Jack had massive amounts of Oshkosh adult wear .... every single product for men and women ..... every size imaginable .... seemingly endless inventory. People used to drive here from far away places just to buy their Oshkosh stuff from Jack. And, of course, while you were trying on your new pair of bib overalls, you could also munch on sausages and pickled pig's feet from those huge jars on the counter. Jack died in 1989, and Adeline passed in 2005, but the building remains, and I always have to smile when I drive by. 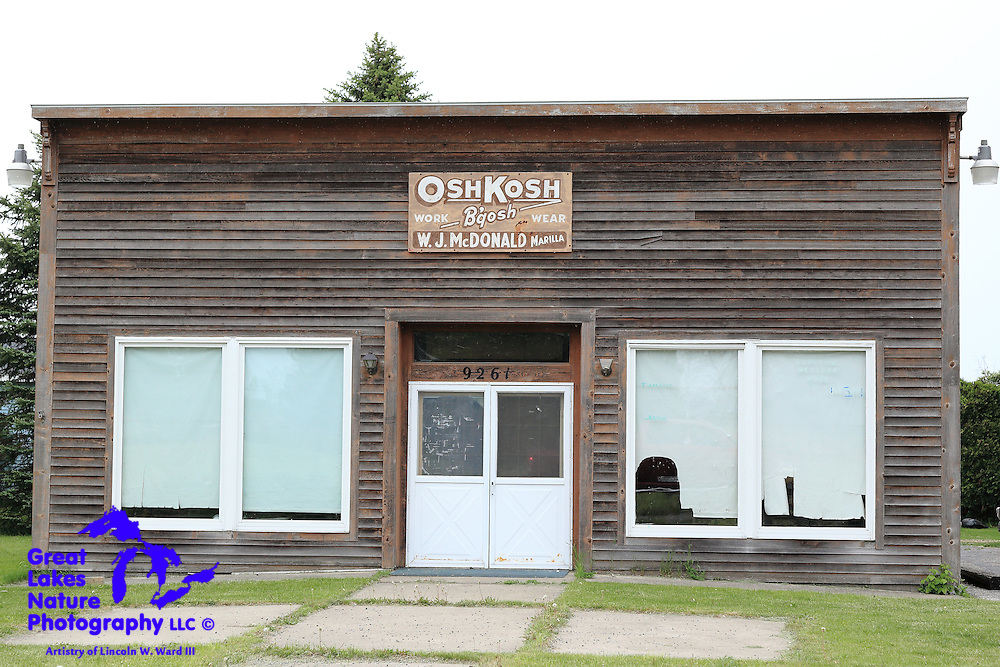